The Brooklyn Rail / Slow and graceful, De bruyn formed a new kind of orchestral breadth, often sounding like a harmonium, or a bank of analog synthesizers. The duo managed to infiltrate shades of soundtracking, hip-hop, jazz, and blues, the music never quite latching onto a dominant identity.

Immersive music that takes the listener to just below the surface of the water, where the light breaks beautifully and the tones are muted. The choice of Radio Klara/Stay bewildered! "Honest playfulness, emotion and intelligence go hand in hand with natural adventure".

After a quarter century of exuberant teamwork, Steven De bruyn who blew El Fish and The Rhythm Junks into life, goes solo.

When Steven started playing harmonica, at the end of the eighties, he was dreaming this tiny toy would become his passport to the world. Since that moment he’s been living his dream. Exploring the borders of the harmonica has always been the most normal thing in the world for Steven. Yet, there is nothing as exciting and fragile as recording and performing solo.

Steven De bruyn solo stands for an intimate setting, where the harmonica, that has become an extension of Steven’s soul thru the years, is telling the larger part of the story.

“The first cut of Steven's I heard, I was floored.” Bill Barrett (USA)

With EL Fish Steven won a couple of ZAMU-awards (Singers and Musicians) and in 2004 he got the award for best musician. In 2011 he got nominated for a MIA in the same category (Music Industry Awards).

There has been an alphabet of co-operations: from Zap Mama to Roland Van Campenhout, from Eugene Chadbourne to the Brussels Philharmonic. 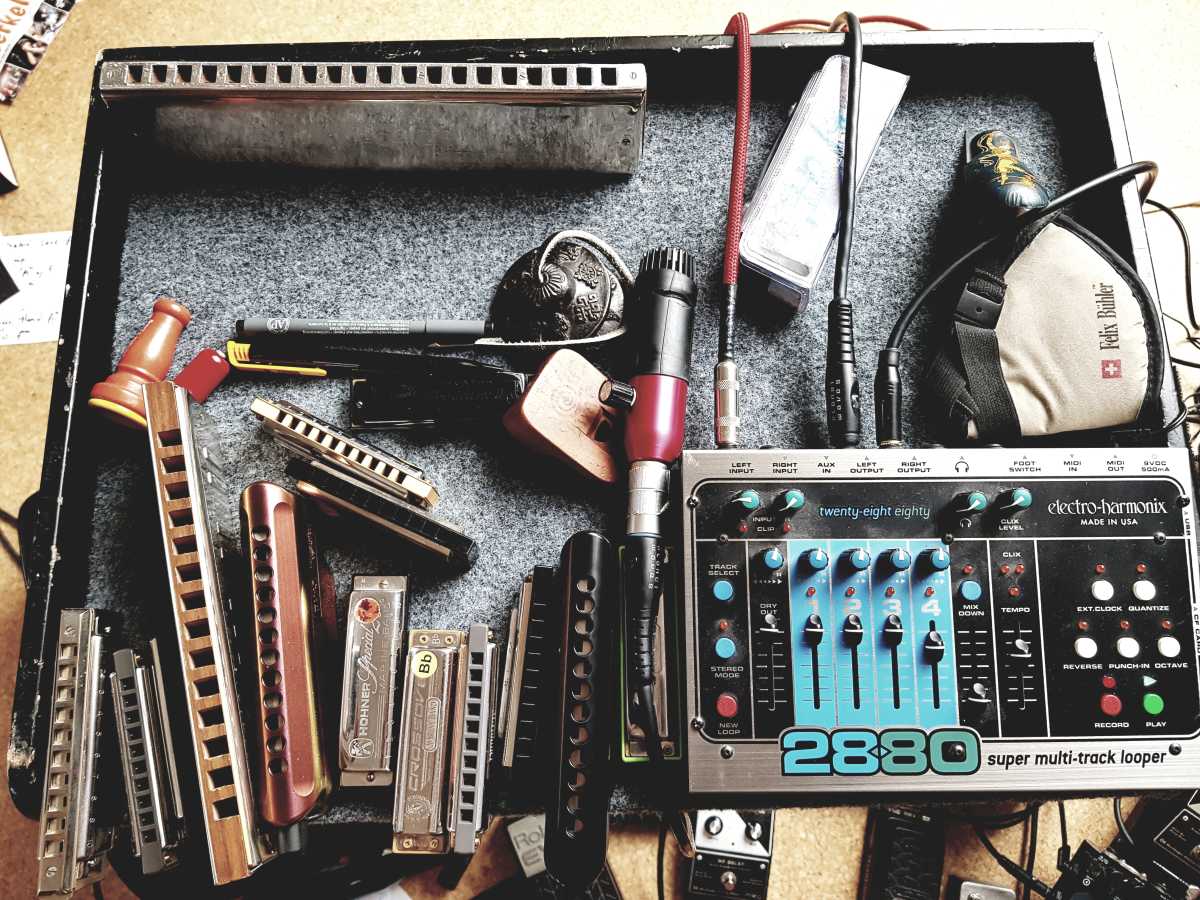